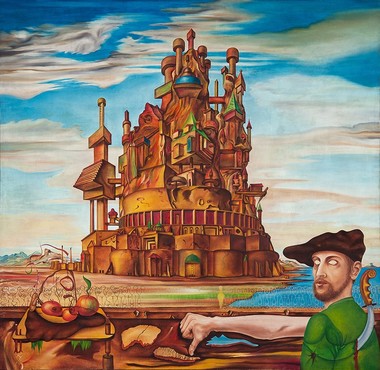 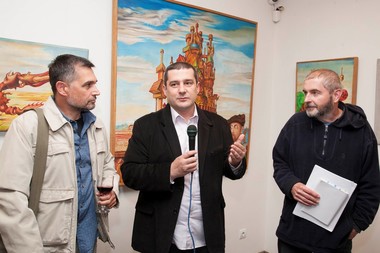 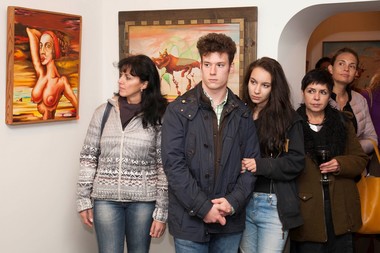 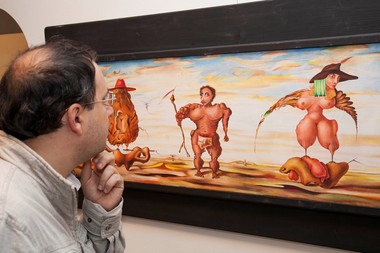 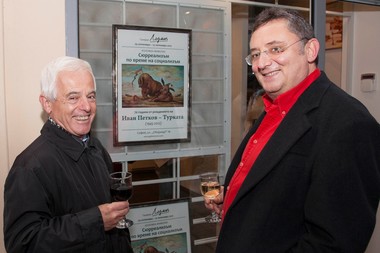 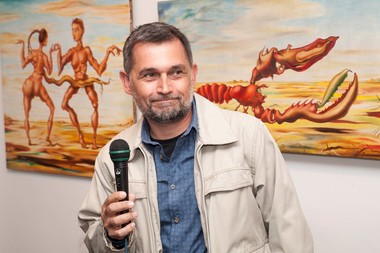 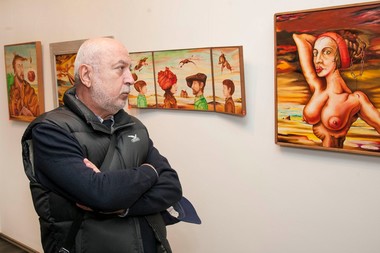 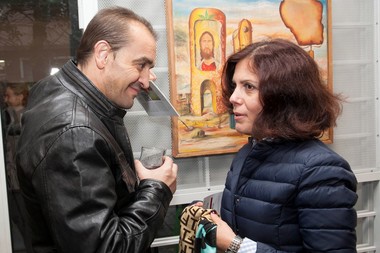 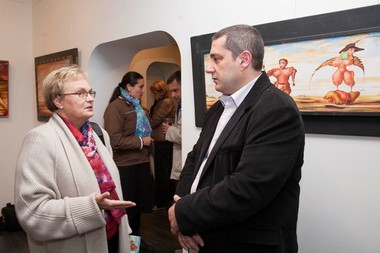 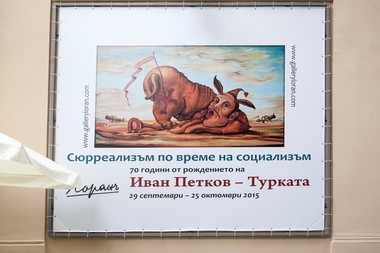 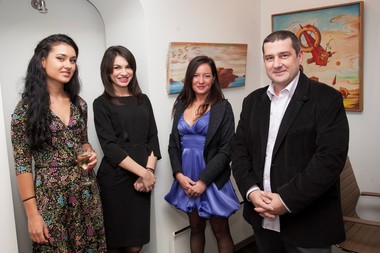 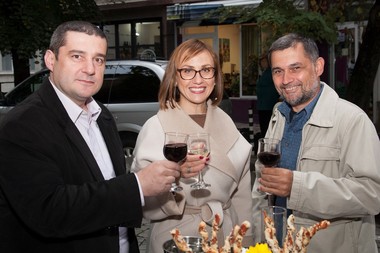 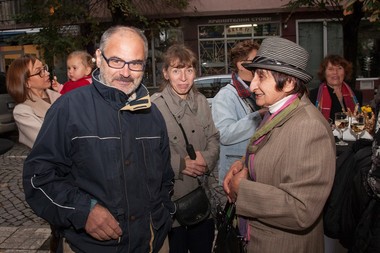 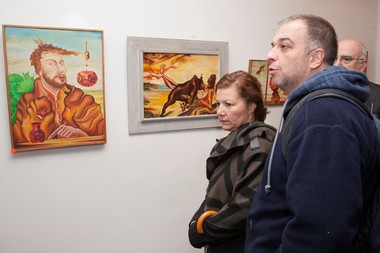 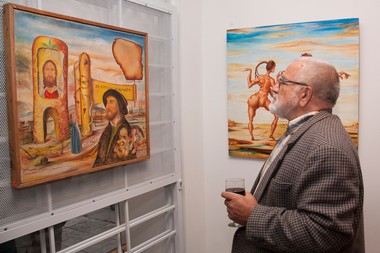 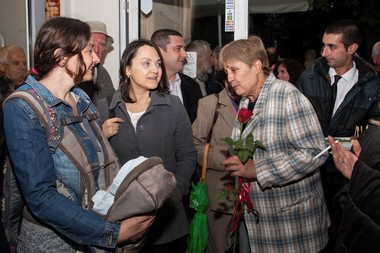 Surrealism in the Age of Socialism. 70 years since the birth of Ivan Petkov-Turkata (1945-2012). Classified File Name “The Artist”

On June 15, 1981 the director of Sofia City Gallery Atanas Neykov bought a picture named “Family” from a stand-alone exhibition presented by Ivan Petkov in the Cinema’s Palace. Several days later, the event was precipitately closed by agents of the State Security Service. What was the reason behind this move? Ivan Petkov’s pictures happened to be surrealistic, and surrealism was [probably] the most hated and, respectively, most condemned art style by the executives called upon the observation of the official ideological guideline. And surreal art as represented by Salvador Dalí in particular certainly ironizes any form of sacred exaltation, and it does satirize utopia indeed. Actually, at the time when Ivan Petkov’s paintings came to light the awareness about Marxism being [not a genuine truth but simply] a utopia had already manifested itself [even in the broader public].

Ivan Petkov starts his artistic career as amateur painter in the late 60’s. In the middle of the 70’s, he ventures to display them to his colleagues in the [state-run] Sofstroyproyekt Company where he is employed as construction engineer. In January, 1977 he arranges a stand-alone exhibition in the hall of the firm. Simultaneously, a classified file fed with denunciations against the person [citizen?] Ivan Manolov Petkov is issued from the State Security Agency which further initiates an USO (=undercover surveillance operation) tagged “The Artist”.

Agent “Ivaylo” reports about “The Artist”: “He deeply detests the people’s government”. A certain VC (=voluntary cooperator, usually an anonymous one) happened to be a member of the committee which was charged with the censorship of the pictures submitted by “The Person in Question” in order to sort out the inappropriate ones for the display. She states: “Among his paintings there emerges a particular one. On its left side, he has depicted himself against the backdrop of churches and crosses. On its right side, Lenin himself has been placed on the background of flags and gallows. Both are surrounded by a nimbus. The board asked Petkov what he might have intended to convey in this painting. He replied it would refer to a dream vision of him. He declared he was preparing a new picture in which he would portray himself together with Marx.”Understandably, the painting was not approved by the commission and was not put on display, either.

The target called „The Artist“ takes the liberty to ironize the sanctified Lenin which mummy, by the way, is still venerated down to the present day. He intends to do so towards Marx as well. This activities appear to have troubled “The Agency” so he is dogged by [not less than] four agents and three applicants.

Ivan Petkov’s paintings are genuinely surrealistic and belong to a style which bears upon a long tradition originating from Hieronymus Bosch. This very fact immediately excludes them from any participation in the politicized artistic life in Bulgaria. The hall in the Cinema’s Palace sheers out of the mainstream exhibition venues administered by the Artist’s Union which has its own jury and offers the opportunity for anyone to buy a piece of art. So the decision of Atanas Neykov is a daring one indeed, although he does not buy any of the pictures deriding the ideology of communism.

In this very exhibition on the occasion of the 70th anniversary of the artist we are presenting a selection from the works which were on display in his second stand-alone exhibition which has been disbanded as stated above. “Hound-taur” for instance has been submitted and rejected at several venues under the label “Malady”. It aptly illustrates how surrealistic metaphors may veil a critical attitude towards the system. In it, an animal-like human being wears a cap in common communistic colors. A red heart protrudes out of it. The hips are penetrated by a red-flagged blade. The blood dripping from his wounds reminds a cross-like brand, the bloodshot eyes radiate masochistic servility intermingled with fear and pain. The edge of sarcasm is directed towards a free-roaming homunculus having lost his dignity and the ability to reflect.

Eroticism is a further domain in Ivan Petkov’s artwork which has been tabooed and dismissed by the socialist censorship. This deliberate choice reflects a rebellion against the schizoid ambiguity between thoughts and expression being separated by the gap of self-censorship. In the course of time, he would become even more obsessed with it. However, it is still far away from the cruelty it would acquire after the collapse of censorship.

The paintings selected for the exhibition in the Loran Gallery represent the period of the late 70’s and the early 80’s, the most substantial timespan in the life of the artist. Ivan Petkov belongs to the very few who dare to oppose “The System”. Several months after the premature closing of his exhibition he is able to paint his probably most distinguished metaphor of socialism called “The anthropomorphic digger”. In it, socialism is disguised behind the slogan „Everything for the mankind, everything in the name of the humanity”. In fact, it is an inhumane, distorted and bloodstained system.

This catalogue is the first printed edition containing selected works by Ivan Petkov called Turkata by his friends and “The Artist” by the State Security Service.

Source: CDDIFOSSSMINAFB (=Commission for the disclosure of documents and the identification of former officials of the State Security Service and the military intelligence of the National Armed Forces of Bulgaria), file No. 13860, p. 1, pp. 18-19. Theso-calledUSO (=undercoversurveillanceoperation) „TheArtist“was initiatedonApril 22, 1977 andissuedonMay 5 althoughhefirstdenunciationdates[already] fromJanuary 6 sameyear [правилно ли го разбирам?].OnFebruary 2, 1979 theofficerinchargesubmittedarequesttotheheadofdepartmentNo. 3 urging following motion: „The target [object] is to be interrogated, convicted and cautioned”. A so-called filtration has been done as well. Soon thereafter, Ivan Petkov became aware of his stakeout through the Security Agency and ceased making suspicious statements towards his denunciators and stopped intertwining his attitude towards the “people’s rule” in his paintings.

artworks in the exhibition