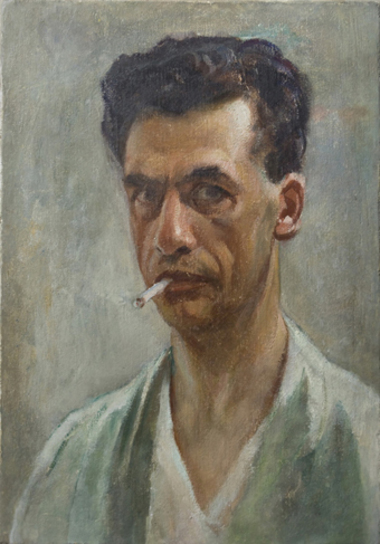 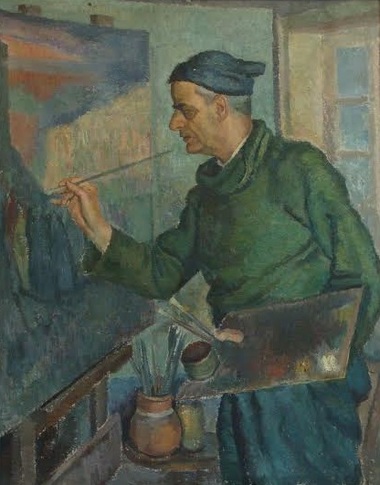 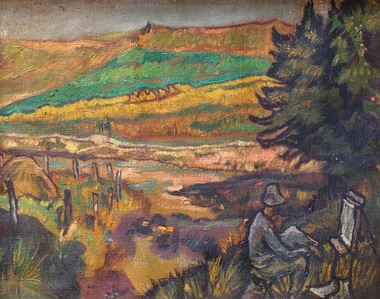 1883, 7 February – Born in Tarnovo. He had three brothers and three sisters.

1902  – Primary school teacher in the village of Ivancha, near Tarnovo.

1908– His first presentation to the audience was at the exhibition of the Contemporary Art Society with six small-size landscapes.

1909, fall– First one-man show at the Drawing School in Sofia.

1910 to 1913– On the income from the paintings he sold, he enlisted in the Munich Academy of Art to study painting with professors Ludwig von Löfftz, Carl von Marr and Angelo Jank.

1910  – Presented in the newly opened Munich Academy of Aviation his study on bird flight and a design of a flying device.

1912  – Following the declaration of the First Balkan War, he volunteered to the front as a medical orderly with the 20th Tarnovo infantry regiment.

1914 – Wins the competition for artist at the Army Headquarters.

1919 – Founding member of the Native Art Society. Takes part in the founding of an aviation club with almost all of the war surviving aviators in Bulgaria. Attempts to fly with a self-constructed glider.

1924  – Initiates and leads the Brambazatsi orchestra.

1925  – Leaves his employment as artist at the Army Headquarters. Marries Mara Grozeva.

October 1925 to May 1926 – creativity journey through Italy and France.

1927, February– Co-founds the Gallery of the Six in Sofia together with Nikola Tanev, Dechko Uzunov, Ivan Penkov, Ivan Lazarov and Sirak Skitnik.

1931– Winner of the St. Cyril and St. Methodius Award of the Bulgarian Academy of Sciences.

1933  – Exhibition in Belgrade with Bencho Obreshkov, Sirak Skitnik, Dechko Uzunov, Masha Uzunova, Nikola Marinov and Iliya Petrov. His landscape Tarnovo and Vicinity was purchased by the People’s Museum in Belgrade.

1937  – Granted a diploma for his participation in the Paris World Exposition.

1942  – Became the commissar of the Bulgarian section of the Venice Biennale. His Cliffs of Tarnovo were purchased by a private person.

1944 – Following the bombing of Sofia on January 10, his family was evacuated in the town of Koprivshtitsa for 10 months. On November 1, the artist was put under arrest and spent 10 months in the Central prison, in Sofia and in a labor camp, in Dupnitsa, for the satirical pieces he wrote in the Slovo and Zora newspapers. Expelled from the Union of Bulgarian Artists.

1945, August 24 – Freed from the labor camp. He was forbidden to paint outdoors.

1948 – His book Practical Perspective was published.

1949– Included in the World Biography edition.

1956, January 27 – Restored his membership in the Union of Bulgarian Artists.

1983, March/April– Anniversary Exhibition at the Union of Bulgarian Artists. The income from the paintings bought out, to the amount to 40 000 Levs, Slavka Deneva donated to a fund to support ailing artists, and on November 25 she signed a will whereby she left her family apartment on 18 Shipka Str. in Sofia to the Union of Bulgarian Artists, plus several hundred paintings and thousands of drawings both produced by her father and herself.

1994 – Jubilee exhibitions of Boris Denev’s and Slavka Deneva’s works at the Union of Bulgarian Artists and in Veliko Tarnovo.

2013 – Jubilee exhibitions in Veliko Tarnovo and at the Union of Bulgarian Artists, on 6 Shipka Str., Debut and Alma Mater galleries.

works by this artist